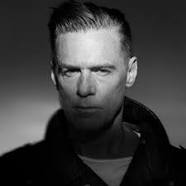 Bryan Adams has contributed to the art world through film music, rock ‘n’ roll and activism. He’s soared to previously unreached heights, and his outlook on the music lifestyle has been paralleled by other artists.

He was born on November 5 1959, in Kingston, Ontario, of English descent. His father, a United Nations diplomat from Canada, was a major influence in his life. When Adams was 12 years old, he’d lived across Europe and Israel, accessing a wide array of cultural hotspots.

His constant movement prepared him for his musical career, as he’d become greatly accustomed to traveling. Adams and his brother were infinitely close and they continued traveling together for some time.

Adams, like his grandfather and father, was educated in strict military schools in Britain. The rock n’ roll image to which he aspired didn’t compute well. He received his first guitar at age 10, and he became absorbed in the musical world. Several years later with his family, he relocated to Vancouver, British Columbia.His parents divorced and he became increasingly involved with his music.

Years later, he became famous for selling more than 100 million records, slating him as one of the top-selling musical artists in the world. His talents never ceased to soar as the all-around best Canadian musician prospered in North America with “Cuts Like a Knife,” his “Waking Up the Neighbours” album, and a variety of best-selling single songs. To this day, Adams is widely regarded as a modern titan within the musical world. His reputation may precede him, but his performances have always been main entrées following a set of slick appetizers. 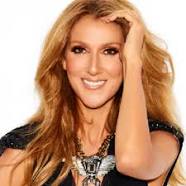 First emerging in the 1980s through the 1982 Yamaha World Popular Song Festival, Celine Dion was born into an incredibly large family in Charlemagne, Quebec. Her career blossomed following her Canadian presence as a teen star in her all-French environment.

Stardom for Dion was greatly influenced by her manager and husband, Rene Angelil. Together, they established significant financial security. By 1990, Dion had released her first English album, Unison, kick starting her accessibility across the world.

In 1986, Dion’s connections expanded to CBS Records which were located in Canada. Throughout the 90s, she acquired worldwide notoriety upon partnering with Epic Records. The deal simultaneously finalized her trek to fame and cemented her security within the industry. She continued to produce English albums and eventually re-expanded to issue more French albums.

Dion is widely regarded as one of the world’s most successful pop artists in modern musical history. Her 1999 “Hiatus” disappointed many fans, but her inclination to focus on her family softened the blow. In 2002, she made her comeback. She signed various performance contracts, focusing upon Paradise Nevada’s Caesars Palace.

Dion’s music has encompassed many formats, undergone adaptations and surpassed cultural barriers, making her one of the world’s most accessible pop stars. Ranging from R&B to classical and gospel genres, Dion has been extremely receptive to the many spheres proposed through musical genres. To date, Celine Dion still holds the title for best-selling all-time Canadian artist. Her sales exceed 200 million copies and her influence continues to have an impact on the world around her.

One of the world’s most platinum stars, Justin Bieber rose to fame as a YouTube phenomenon. Bieber was born in Stratford, Ontario, in 1994, where he lived with his mom for many years. His fame led him across the world on many tours; it was his signing with Usher that placed his singles in the Top 40. “My World,” Bieber’s top-selling album, is a platinum-standard disc across several countries.From a young age, Bieber was surrounded by music.

As disclosed by him, his mother gave him a small drum kit for one of his earlier birthdays, which spiked his passion instantly. Unfortunately, the young musician’s talent wasn’t recognized until he entered a local talent contest at age 12. Bieber’s mother began filming clips of him covering Stevie Wonder songs and those of other popular artists, such as Ne-Yo and Michael Jackson. These videos were posted to YouTube, where they were discovered several months later.

Bieber’s “One Time” created a debut wave capable of escalating the young musician to platinum status in 2009. Meanwhile, “My World” sold more than 137,000 copies in less than seven days. Bieber has been featured on Billboard’s Top 10, striking it with the emotionally charged “Baby.” “Boyfriend” is Bieber’s largest-grossing song to date; it was delivered in April of 2012, and it will likely remain one of his top-selling songs for a while. Bieber’s fame has skyrocketed, and his consistency has prompted a massive and dedicated fan bases. His following is unparalleled; he is one of the world’s youngest musicians to emerge from Canada. Justin Bieber currently resides in Atlanta. 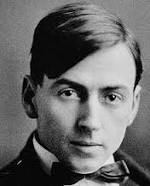 Popularly labeled “Canada’s Van Gogh,” Tom Thomson spiraled into fame the same way as United States pop star and iconic British artist, JMW Turner. Tom Thomson has had an incredible impact upon the art world, and his widespread fame has affected a variety of art spheres.

Born in 1877 in Claremont, Ontario, Thomson lived a short life surrounded by vibrant oil paintings and influence. Thomson died at age 39 under unusual circumstances. Because of this, his work received widespread notoriety after his life had ended. His 39 years impacted the Canadian world following his death, when “The Group of Seven” formed. The group consists of high-achieving artists whom were ushered in by Tom Thomson himself.

Thomson’s primary boon was his self-taught, homegrown career. He learned to sketch, paint and sculpt in his early years, although he peaked in his mid-30s. Thomson focused on oil paintings, small and plein-air oil attributes; including small panel sketches. Many are regarded as some of Canada’s finest works, and many were transformed into full-scale additions to his art studio. Many of these additions may still be found, although they are scattered across several countries.

In the years following his death, “The Group of Seven” followed suit with many of Thomson’s art styles and contributed fantastic plein-air pieces for Canada. Their style heavily emulated his, which boosted his notoriety even further. Emily Carr, Joyce Wieland and Harold Town all took a page from Thompson’s acute and bolt style, and many Canadians have focused upon his work when considering contemporary art forms.